Other Businesses and Activities

While developing tree planting initiatives, Morrell was running Fullview Productions Ltd, pioneering the marketing of pre-released music from labels to the advertising industry for use in commercials. He would take storyboards to record labels to consider suitable tracks for re-release when the commercials aired. Fullview earned fees and royalties on each pairing. Clients included M&C Saatchi, HHCL, CDP, APL, Publicist etc. Fullview collaborated on seven Guinness commercials, a global Adidas campaign with Kirsty McColl and the co-branding of L’Oreal hair gel with Virgin.

The epic 90 second multi award winning Blackcurrant Tango commercial (titled ‘St George’) generated a big hit for Felix in 1996, with a special remix of his 1992 number one ‘Don’t You Want Me’, courtesy of BMG, which even featured the Blackcurrant Tango logo on its packaging. Despite Fullview Productions’ success, Morrell was dissatisfied with the purely commercial nature of the business and decided to concentrate on tree planting. 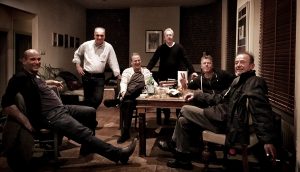 In 1994 Morrell collaborated with John Kisch to bring ‘A Separate Cinema’ to the UK as an exhibition at the British Film Institute. Kisch’s cultural retrospective chronicles the history of the Black US film industry using film posters, lobby cards and photographs. Morrell also took the exhibition to Bari, Italy]