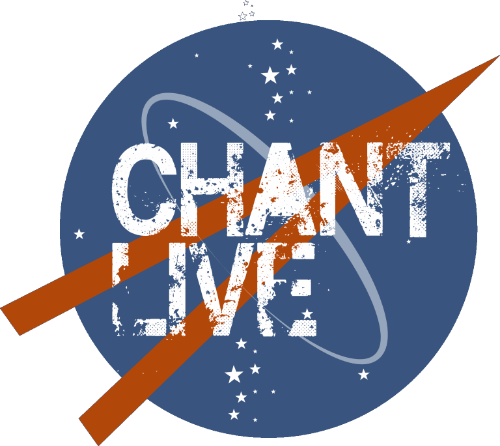 Dan has been involved with a rich variety of art and music projects over the years. For example, in 1994 he collaborated with photographer and artist John Kisch to bring the cultural retrospective ‘A Separate Cinema’ to the BFI, chronicling the fascinating and historic journey of the Black film industry in the United States. However, the most persistent theme in Dan’s artistic explorations has undoubtedly been deep space, from meeting long-term collaborator Youth beside a ‘meteorite’ in a crop circle near Stonehenge, to his current project Chant Live.

Chant Live is Dan’s experimental space punk project with an ever-changing lineup of legendary musicians and DJs. Musical history runs through their veins, from acts such as Gorillaz, Killing Joke, Pink Floyd, Coldcut, and Roxy Music. NASA’s Parker solar probe carries the Chant Live name, and was the subject of Chant Live’s first film – Icarus. The band’s performances began in the obscurity of the Wookey Hole caves, but have now become a main stage act at major festivals. They are fully open source and highly original, combining music from the artists themselves with voices recorded via the app or from a live audience. (So if you’re not ready to be played as an instrument, then don’t come to a Chant Live gig.) The performances go beyond music and extend into situationist happenings such as land art forests, producing not just great experiences but also tangible actions to support the biodiverse environments that are essential to the future of life on Earth.